*Grace Carballo is a FG volunteer who has graciously offered to sit down with some of our First Gen students for some informal interviewing, to check in, see what’s up with them at school, and what’s on the horizon! 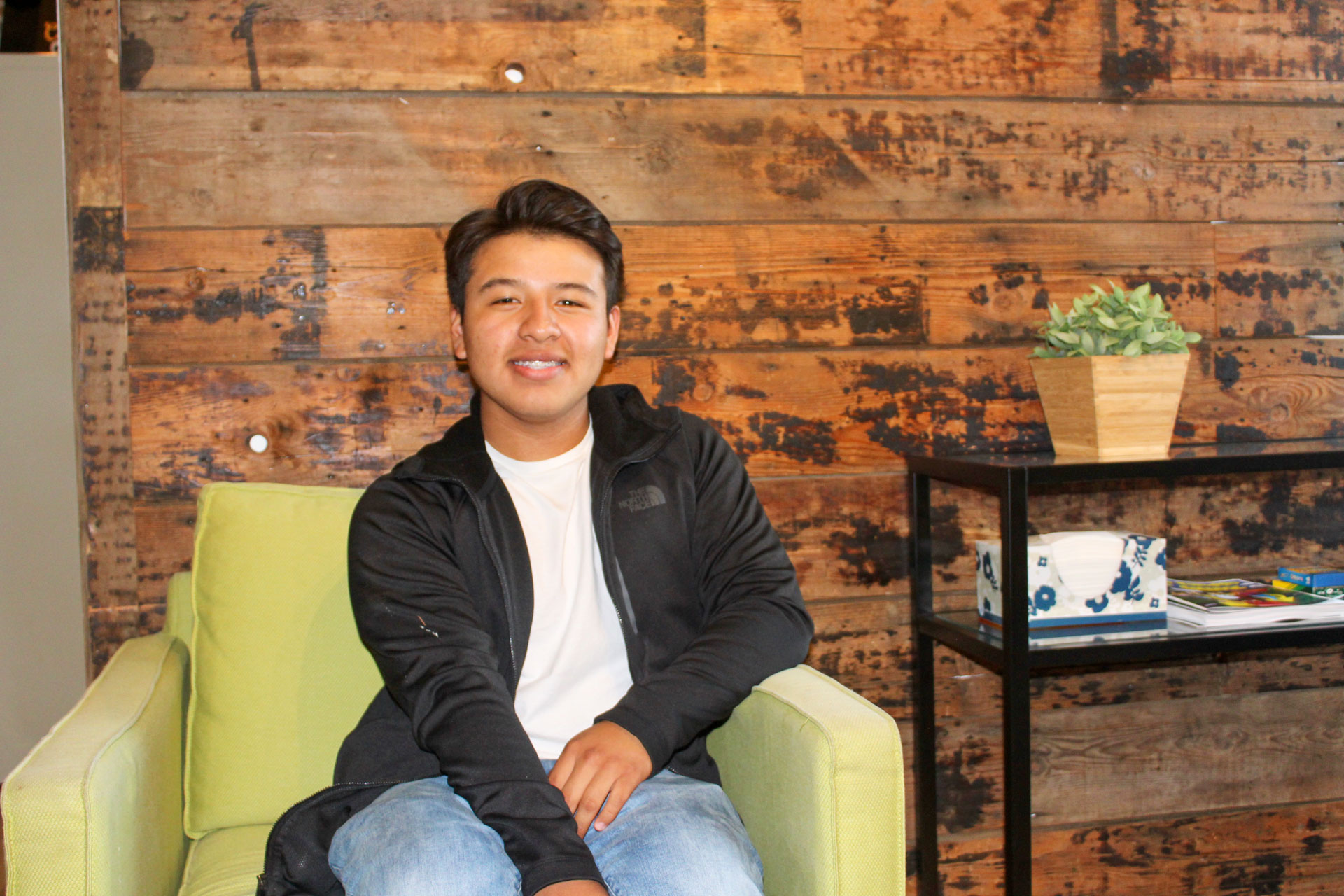 Anthony, age 17, is a senior in high school, currently in the process of applying to colleges. Born and raised in San Francisco, he is the oldest of three brothers, each five years apart. Outside of school, he loves socializing and working with others, like through his involvement with Inspiring Young Emerging Leaders (IYEL), where he worked with other students from different schools every Wednesday at Crissy Field Center to develop lesson plans to share with the public. This love of collaboration has led to his interest in pursuing a degree in business or engineering.

When Anthony was in middle school, representatives from First Graduate came to his school and explained the goals of the program. He recalls bringing home an informational flier and showing his mom, who encouraged him to get involved because it would be super beneficial for him in the future.

Six years later, Anthony is reaping the benefits of his efforts and involvement with First Graduate. At the time of our interview, he has seven weeks until his college applications are due, and already has solid drafts of his essays. He has been coming every week to work with First Graduate staff and volunteers to continue revising his essays and working on his applications.

“Now, being a senior, I’m starting to realize all the things that we’ve done here in First Graduate really helped me a lot to understand the process into getting into colleges…all those years of work are finally paying off.”

Anthony’s middle brother, age 12, is also a member of First Graduate after their mom saw how beneficial it has been for Anthony.

“She’s seen how much First Graduate has helped, not only helped me, but also my parents because my parents weren’t really aware of how to help me.”

He mentioned that the First Graduate workshops have also been beneficial for his parents, who are not familiar with the college application process. Both of his parents are from Guatemala, where Anthony and his family traveled last summer to visit their relatives still there. His family speaks Spanish and English in the home, and he recognizes the benefits of being bilingual, as well as the importance of the values his parents instilled in his brothers and him. His parents always emphasized kindness, good manners, and humility to them throughout their formative years.

Being the oldest brother comes with unique responsibilities as the first in his family to go through the college application process. Anthony expressed his willingness to support his younger siblings if they ever need it, as well as his perspective on being a role model:

Through his involvement in various programs and internships, several of which he was introduced to through First Graduate, Anthony has demonstrated leadership experience and continue to learn how to effectively work well with others. He recognizes his unique ability to relate to others, a skill that will undoubtedly be useful throughout his application process, college experience, and future career.

“Everyone has their own unique, special characteristics about themselves. Mine is the way I interact with other people, how I show empathy to others… a huge skill that not many people value or take notice of… I feel you should always put yourself in their shoes and see how you can help them out.”

To conclude our interview, I asked Anthony what he would say to his 6th-grade self, and to his future self if he had the opportunity.

To his 6th grade self, he’d advise: Do not procrastinate and take every single advantage that people give you.

And to his future self, a college graduate, he was celebratory and succinct: You made it. Good job.

Anthony evidently has a lot to offer to any college- his empathetic approach, collaborative worldview, and genuine humility are just a few of the traits I noted during our brief conversation. ALUMNI BACKGROUND After moving to the U.S sixteen years ago from Mexico City, Ivan Garcia embarked on his educational journey at Everett Middle School and then continued on to John O’ Connell High School in San Francisco. Following graduation, Ivan attended a private university, Maharishi University of Management (MUM), to pursue a bachelor’s degree in

Cesar’s Story: from Student to Alumni, and Volunteer

“I vividly remember when Anthony, who is a former FG employee, came to my math class and presented the word ‘college,’ and I was sold,” he says. Cesar’s family had emigrated from Latin America when he was a child, and whatever hurdles had existed in achieving a higher education dissipated on that day in class. FG would counsel him in the ensuing years on both financial and academic matters, bolstering him to fulfill his greatest potential as a student. Of the 23 colleges he applied to, he was accepted by 18. Justice for All – Black Lives Matter

In making a statement on behalf of First Graduate, let me be clear—the murder of George Floyd, like that of so many unarmed black people before him—was wrong. Black lives matter. Our work is centered on education access and success for all because we believe that it is the gateway to equity, inclusion, leadership, and